This post is based on the MIB in the tabletop game Esoteric Enterprises , but it has other uses surely. It's as much an instrument in itself as a modifier of an existing one.
[RECORDING 001]

"Wovon man nicht sprechen kann, darüber muß man schweigen. Have you ever heard this? I find it applicable to the trappings of our job, Mister Pale. The term 'Unspeakable' also- though it is implied to have much gravitas, much more so does it lend itself to convenience. What is an act, Mister Pale, without the language to describe it? Normal, Mister Pale. It is then normal."

According to the Modern Instrumentality Bureau, colloquially known as the Men in Black or the Frost, everything is in essence a device, an instrument, that can be manipulated. People, knowledge, language, love, death, physics, reality, identity, power, art, culture, the nature of all things is that of a tool. Everything has, if you will, a range and depth of applications, the extent of which is its value. 'Modernity', then, is the increasing capacity of a society or organisation to recognise the aspects of the world as such. As tools.

The nature of tools is that they serve to futher or realise an objective. What is the objective of the MIB?

To manifest the interests of America.

Not the America that is so fickle as to shift and change with its President, or that is represented by the body of its people, or the lay of its land. A deeper, colder America. One that was created from lead, gold and cockroaches, to persist. To survive in the event of nuclear annihilation.

The America in the back of the freezer.

As such, the MIB's main activity is to collect, create, and control tools. Which is to say, everything.

"But Mister Pale, as I say this, you must not think I abhor language. I find modern languages very interesting. We accomplish as much with their presence as with their absence. I find emphasis very interesting. You must find mine strange? Do you know what is alternative splicing? It is a phenomenon where from a gene, many products can occur depending on, if you will, the emphasis. Here is a sentence I like: I am human. Emphasis- which do you prefer?"

A life with shreds of paranormality will run you afoul agencies like KADAT, a federal cabal of gum-chewing authoritarian boneheads who play big soldier bug stomper rambo man, and the bumbling paper pushers at the Paranormal Response Desk. They deal with everything KADAT does not look into because it requires either pathos, finesse or patience. Not that the Desk has that much more pathos or finesse, but they are bureaucrats, so there is a kind of (a)pathetic patience that comes naturally to them.

A life deep in will make you feel a cold breath down your neck. You are violating the will of America.

On paper, the Desk is a gas company. On paper, KADAT is a drug cartel crackdown unit of cops. The MIB does not, and ontologically cannot, exist on any paper outside of the MIB. This effect is called the Deniability Clause.

Everything that KADAT and the Desk confiscate (and don't sell off for bribe money) trickles down into the MIB's dark and deep inventory sooner or later, catalogued and put on cold until they need it for something.

There are monumental columns of storage cells under the desert, like fractal patterns of ice cubes with the wonders of the world frozen dead in them. Under the mountains. Under the pines. Somewhere. Nowhere.


The MIB's field agents do not know that the MIB exists.

The MIB does not have agents going in and out of its facilities all the time. This would be too great a security and deniability risk. Instead the MIB uses the intrinsic nature of people that drives a man to look for a satanic cult of cannibal politicians under a pizza restaurant. They find someone who needs, needs, a cause. Someone who is empty and angry, who is ground down, someone being smeared all over the gears of America who is looking for the evil shadow conductor of the machine they're slowly being eviscerated by.  The MIB control their information. They destroy safety and fallback. They create isolation and desperation. Then, silently, in the deepest chamber of the brain, they give them an idea:

"I need to start an organisation to fight the evil that threatens America. And I am its first agent."

At this point, the field agent has memories of owning their suit and sunglasses on for years, although they showed up yesterday. The Operative Clause in the suit gives them their paranormal abilities as listed in the EE manual. The Redactive Clause destroys all traces of MIB interference and sets the suit on fire when the agent is killed or compromised.

MIB field agents are not cold and collected. They're irrational, neurotic, and spew all kinds of nonsense, but their actions are rigidly adherent to an obsessive methodology emerged from their psychosis, which is in truth an MIB protocol. The mind of a MIB field agent is beyond rehabilitation, because it has been broken with diabolical expertise to serve only as an instrument layered in conspiracy. They perceive a demented fantasy world made of invisible enemies and The Matrix analogies.


When a field agent has outlived their use, they are killed by another field agent, who thinks the agent they kill is an actor of the conspiracy the killing agent thinks they are fighting.

The modern landscape of alienation lends itself exceptionally well to the creation of field agents.

"The world does not fit into a human head, Mister Pale. No, I'm sorry. Not even America fits. You cannot know it the way that you know, say, your desk. Not if you are human. Your desk, that is something that you can know. Not the world, or America. For them, we need a representative in our brain. An ambassador. So, when we say America, we think of our ambassador. Mister Pale, the job of an ambassador is, he has to travel. Shall we call a plane for him?"


Sometimes, the MIB needs to destroy. To remove. To lobotomise. To redact.

This is what Abominations are for. They have locked eyes with America.
Abominations are as they are listed in the EE manual, but their weeping effect works differently. When you encounter it, you can either give in to its presence and weep and cower (the Abomination won’t pay attention to you if you do, unless you are its target), or stand up, but lose your grit as the Abomination’s attention rends your will and weakens your body.

The Patriot
Instead of a mask, the Patriot wears a facial veil printed with the stars and stripes. Cockroaches and locusts crawl out from underneath it, around its head. It has a black star on each of its palms. It bleeds thick burnt gasoline smoke.

Bullets fired at the Patriot turn into flies before they reach it, but it can be damaged by other weapons. It can cast Animate Dead at will.

The Hornet’s mask is smooth marble. Its body is covered by a layer of solid and cold colourless amber. On its back sits a large black wasp-like insect cocooned in the amber. It bleeds a thick, corrosive beige-white paste.

The Hornet can unfold two large pairs of wings from the insect on its back, teleporting the Hornet short distances (up to 100ft. at a time) as they vibrate with a deafening sound (save vs Stunning or bleed from your ears, take 1d4 damage and be deaf for 1d4 rounds, permanent hearing damage if failed twice, permanently deaf if thrice). The Hornet chooses who can hear this sound and who cannot.

The Star is sealed in a black astronaut suit. It floats and can pass through any non-magical material. It turns off any television, radio, cellphone, or other information device in its vicinity. It bleeds ash.

The Star sees by heat vision, and can cast Lightning Bolt at will.

You open up the trunk of the car and stare at it.The moon is gone by now. Sounds of people turning into big bugs are coming from the waffle house.
[Walk Away] [Push Off Lid]
...
You push off the lid. There's no dessicated king inside, but instead a stairwell down.
[Abandon Folly] [Enter]
...
You light your flashlight and tie a red string around your waist, and to the headrest of a back seat. The bugs are coming out of the waffle house. The Night of Nights begins. But you won't be here for it. You lower yourself into the Sarcophagus. Here you go. Inside is Forever.
-- GAME START -- [♫]
YOUR MAP : [BLOG INDEX] 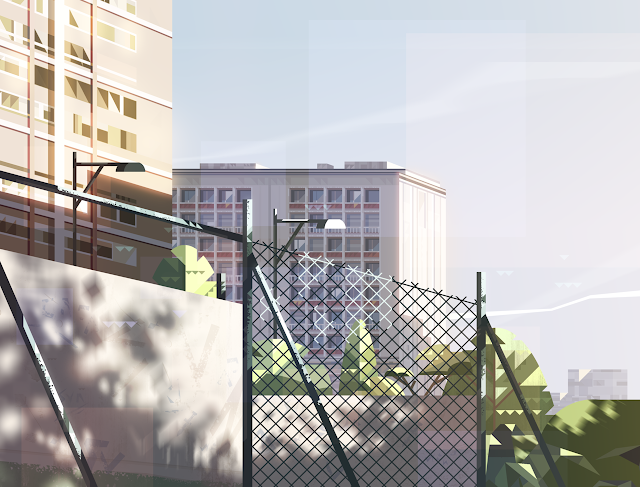